Here are 35 of my very favorite free monogram fonts, that you can use with your Cricut projects and other crafts! Choose from script monograms, single letter decorative monograms, block monograms, and more!

Want to personalize something with your initials or give an extra-special personalized gift? You can!

Read this first for all the info you need, plus the best free fonts to use for monograms.

What is a monogram?

A monogram is a decorative motif made by overlapping or combining letters.
Monograms are often made by combining the initials of a person’s name or a couple’s names.

What can you monogram?

Maybe the better question is, what can’t you monogram?

Monograms come is all sorts of styles – but most monograms can be divided into two main categories:

In Block Monograms, where all of the letters are the same size, the initials are ordered first initial, middle initial, and last initial.

In a Traditional Monogram, where the center initial is larger, the initials are ordered first name, last name, and middle name. The last name initial (the middle letter) is larger than those on the side.

You can create decorative interlocking monograms by using a fancy script font.

In this style of monogram, the letters are shaped to fit within the outline of a shape — like a circle or a diamond. The letters may also be framed with a decorative border.

In a block monogram, all of the initials are the same height.

Sometimes, you might like to use a single letter monogram. In this case, you can use any type of font — a traditional serif, a fancy script, or even something more decorative.

A personal monogram consists of three initials: one for the first, middle and last names. If a person doesn’t have a middle name, they can use a dual initial monogram (first initial + last initial) or choose to use their last name initial only.

Many couples choose to use a couple monogram using both of their initials. Couple monograms are especially popular for wedding gifts, like barware, stationery or linens.

If a married couple shares a hyphenated last name, or a woman decides to keep her given name, the couple’s monogram may look different.

The traditional style monogram, with the larger center initial, is almost always used for joint or couple monograms.

For more information about monogram etiquette and examples, check out this post by The Knot: Monograms 101.

Here is a collection of serif fonts that would be perfect for making monograms. Serif fonts — the fonts with small lines at the ends of characters — evoke a traditional, serious, or classic style.

Sans serif fonts — fonts without the small lines on the ends of characters — convey a modern, friendly, clean and minimal style. Here are some sans serif monogram fonts.

Script fonts are very popular for feminine monograms. Script fonts can be very detailed and beautiful.

You can create Interlocking Monograms, where the letters are spaced close together so the swashes overlap.

Autumn in November by Misti’s Fonts

Round 3D Monogram by www.freesvgdesigns.com

You can also use free dingbat fonts to create shapes, border, and outlines around your monogram letters. Here are a few free fonts with great frames for monograms.

There you go! That was over 35 free monogram fonts for you to use in your Cricut crafting or other monogram projects. But I can’t end this post without sharing some of my favorite paid fonts as well.

Definitely consider these fonts if you will be using them for commercial work, or make crafts to sell. Remember that free fonts are usually for personal use only!

Check out these monogram fonts on Creative Market.

1 thought on “35 Best Free Monogram Fonts (For Cricut and More!)” 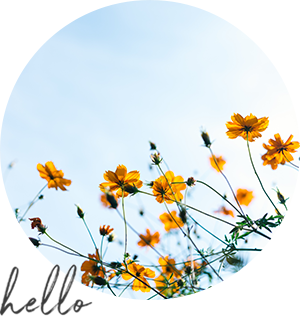